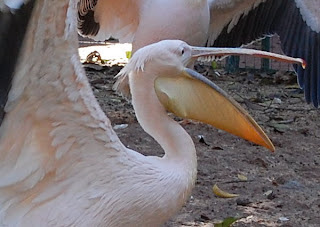 
Many (many) years ago, late for an appointment, I was approaching Tel Aviv in a clapped out Fiat 126 when, as often happened, the engine overheated, steam poured out of the radiator and I had to make an emergency stop to find some water. I raced into the nearest, official looking building, burst through one unattended room into another and found myself facing a corpse on a slab! Only then did I realise that I was in the Abu Kabir pathological institute.

Abu Kabir, deep in South Tel Aviv, still retains the name of the pre-1948 village that was populated by Arab immigrants from an Egyptian village of the same name. According to a sign at the entrance to the zoological and "ecological" gardens we visited there today, when the area was captured by the Hagana in 1948, the 5,000 residents of Abu Kabir "fled". Today the area is also home to a notorious detention centre, a 19th century Russian church (for pilgrims on their way to Jerusalem) an elitist nature school (bet sefer lateva) and an animal rescue centre. 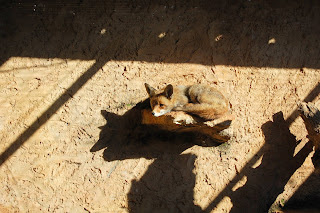 Fox on the shelf 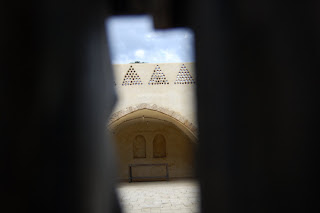 Around the corner from the little zoo, behind the Russian church, lies this intriguing Arab style building hidden behind tall walls and a big gate with the name of a defunct restaurant on the outside. 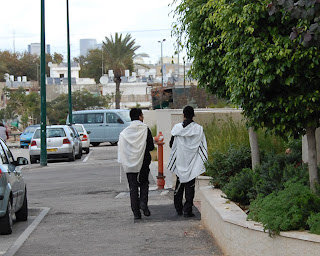 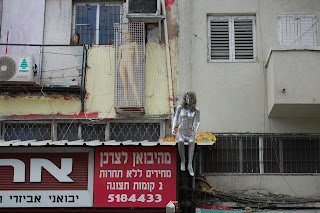 On the way back home in Salame street there are a few shops specialising in display mannequins. 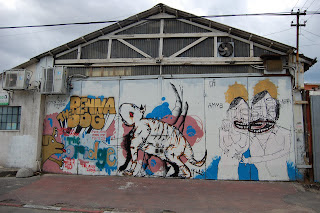 And we came across this outstanding graffiti on a garage door in Florentin. The characters on the right are apparently supposed to be Abba. Click pic for detail.
at January 05, 2008


Happy New Year, Rooftop! And best wishes for a healthy and successful 2008