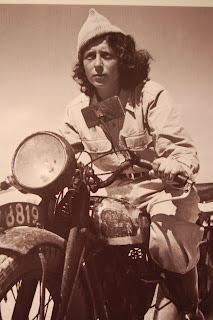 A Hagana despatcher in the 1948 War of Independence on what seems to be a stationary motorbike. I took the photos in this post at today's exhibition.

Went to see an exhibition at the Eeretz Yisrael Museum. Zoltan Kluger, Chief Photographer 1933-1958." These are official Zionist propaganda photos, some of them staged, but many of them impressive nevertheless. He also photographed Palestinian refugees (although not for the Zionist institutions) and workers clearing the rubble from abandoned Palestinian villages after the War of Independence.
Although a staunch Zionist, the Hungarian born Zoltan also had an uneasy relationship with the Zionist institutions that provided his livelihood and, like many Israeli artists even today, fretted about being unnoticed because he was working in a Levantine backwater. 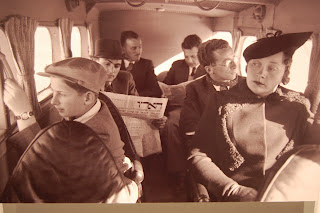 "I'm suffocating," he was quoted as saying. "I'll die. I'm not progressing. I'm lagging behind other photographers in the world. The pioneers here are dying from fever, living in poverty, tired and gloomy, and I'm supposed to always photograph them laughing. I'm tired of taking photographs of laughing pioneers."
Eventually he moved to New York, opened a photo store and , until this exhibition, was forgotten.
For more on Zoltan and the exhibition see ttp://www.haaretz.com/hasen/spages/990552.html 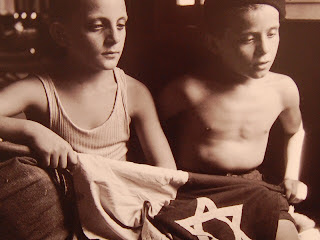 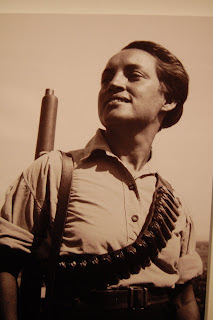 A kibbutznikit on guard (or posing as such) 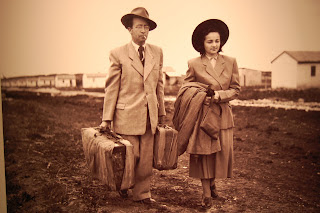 New immigrants from Czecholovakia arriving in their new home. 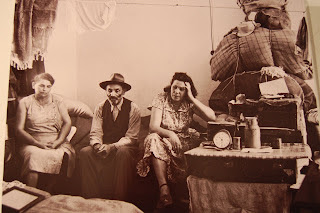 Immigrants in a transit camp in Palestine (1940s) 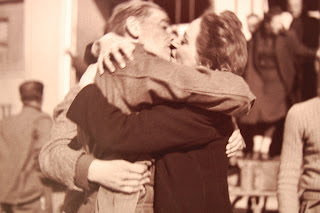 Two immigrants from Iran meeting after a long separation. 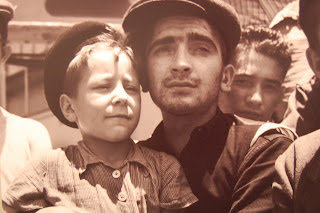 Father and son arriving in Palestine from Buchenwald.
at June 14, 2008

Email ThisBlogThis!Share to TwitterShare to FacebookShare to Pinterest
Labels: Israel

Was there a book published about Zoltan Kluger's work?

That is not father and son. That is Lazar Hirsch and Israel Meir Lau (Lulek), who arrived on the Mataroa in Haifa July 15, 1945 -- a youth and a child liberated from Buchenwald, who had first gone to France, and then were taken to Palestine (1945).