Every few weeks I take a bike ride through Yaffo (or Jaffa or Yafa) Tel Aviv's much older and much neglected sister, to watch it is changing before my eyes. In the old port area, the massive rusty hulk of a hangar that used to house fish wharehouses (before the sea almost ran out of fish)..... 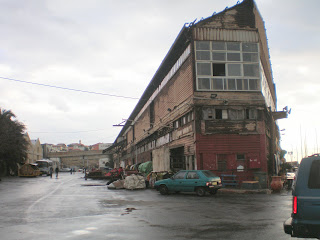 has been transformed into the skeleton of a what will likely be an industrialised shopping mall with galleries and and restaurants, pretty much like its recently regenerated sister Tel Aviv Port that was originally built as the Jewish response to the 'Arab Revolt'. This is part of the gentrification (some would say 'Judaisation') of Yaffo that is being fostered by the combination of planning from city hall and market demand for authentic Mediterranean real estate. 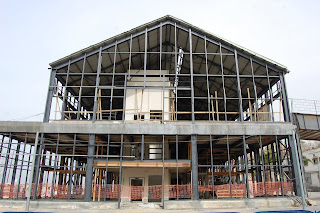 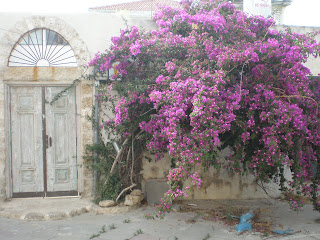 Back at the port, the municipality is beginning to put some life back into the still unrenovated port by putting on small exhibitions and shows in the old wharehouses, like this jazz band. 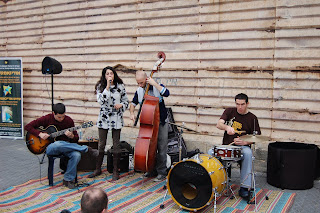 This new development of small flats, many owned by non -Israelis - near the old Flea Market (also recently renovated) is one sign of many of the revitalisation/exploitation of Yaffo. Another is the battle between the authorities and many Arab residents who received court orders to vacate their properties to make way for new developments, without, they say, proper compensation. Arab and leftist groups claim that the Judaisation of Yaffo is (again) driving out the local residents. 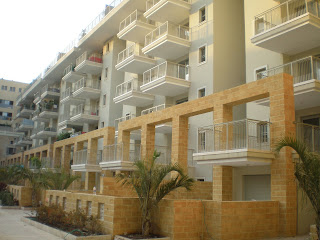 New additions to an old building like this one in the Flea Market capitalises on the demand. 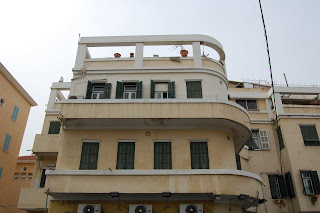 Further south a massive parking lot is being laid out (one day to be covered with houses and hotels?). This leads (if you circumnavigate the numerous obstacles placed in your path) into a park undergoing landscaping that will eventuallybe part of the promenade that will end up in Bat Yam. Meanwhile it looks sterile, and out of place.The north imported into the south. 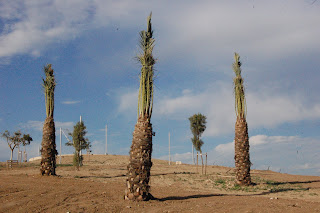 This used to be the site of a stretch of "beach" that was used as a dumping ground for Yaffo's building refuse. The contractors have recycled its different components creating temporary artificial mountains. 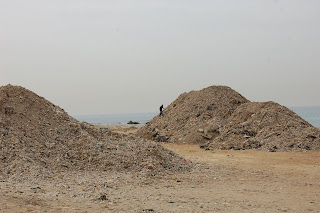 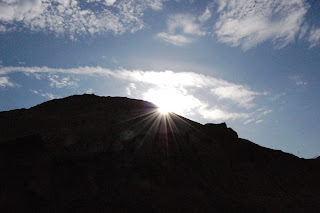 Yaffo with its large population of Arabs and new immigrants from the FSU has plenty of problems: poverty, drugs, crime, schools that lag and social services that sag. From time to time there are minor eruptions of violence: a demonstration by Arabs gets out of hand, Jews throw rocks at a mosque. The sort of Arab-Jewish violence we saw recently in another mixed city - Acco - could reappear in Yaffo. 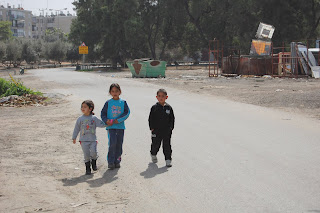 Yaffo, a beautiful, unkempt time bomb. Already bereft of most of its original Arab population, neglected, ignored riven by tension between Jew and Arab, Moslem and Christian, and now reinvented as a sterile real estate location to satisfy the Mediterranean fantasies of the rich (while ignoring the problems of the poor).
According to a Palestinian history of Yaffo:
"Every Palestinian in Jaffa is either directly facing eviction by the municipal authorities, or has a neighbor or relative who faces such eviction, an estimated total of more than 500 families are in this situation. The two main excuses for eviction are lack of licensing -- especially since licenses are almost impossible for Palestinians to obtain -- or that the family is considered illegal squatters in their own home which is registered as state property."
Local committees are fighting the authorities for housing rights.
And into this expolosive mix, slap bang next to the Moslem cemetery, the Peres Peace Centre is arising before our unbelieving eyes. 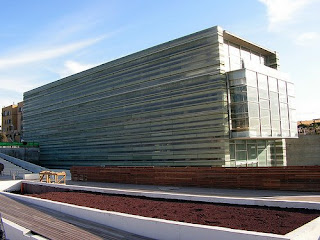 Like the megalomanic fantasy of a Norwegian lumber merchant, it imposes itself on the local environment like an alien from the planet Peres. This is what one writer had to say about it in Ha'aretz:


"It looks like a fortress, blocked in on all sides, full of firing positions, completed alienated from its environment and therefore almost canceling it out and ignoring it; this alienation is no stranger to Israel and is only becoming stronger as the years wear on."
at March 14, 2009

Email ThisBlogThis!Share to TwitterShare to FacebookShare to Pinterest
Labels: Yaffo