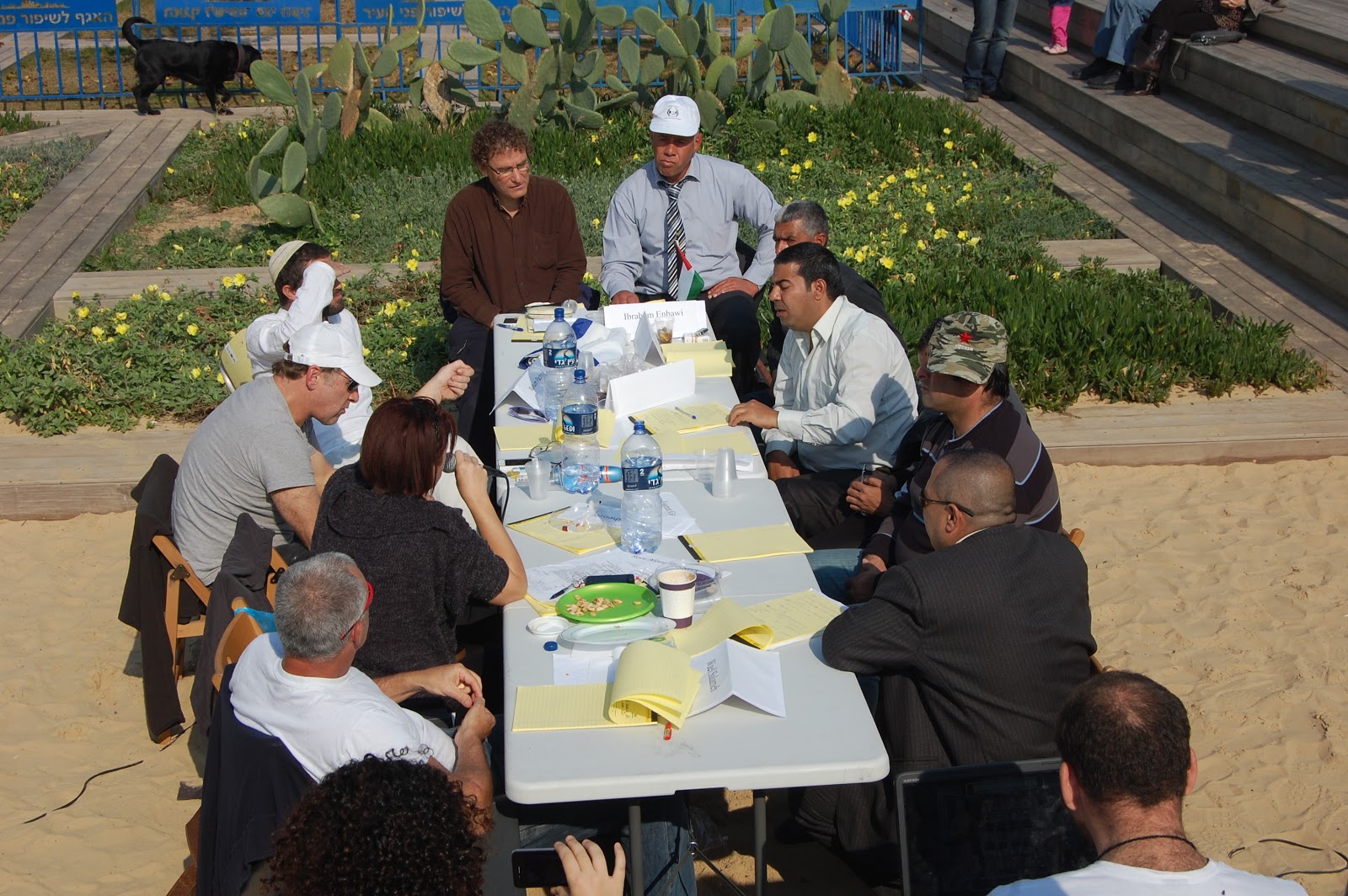 I It was a bright and sunny Shabbat and we decided to ride our bikes up to Beit HaOmanim -the Artists House in north Tel Aviv. In Kikar Habima (Habima Square) at the end of Rothschild Boulevard we came across this scene. 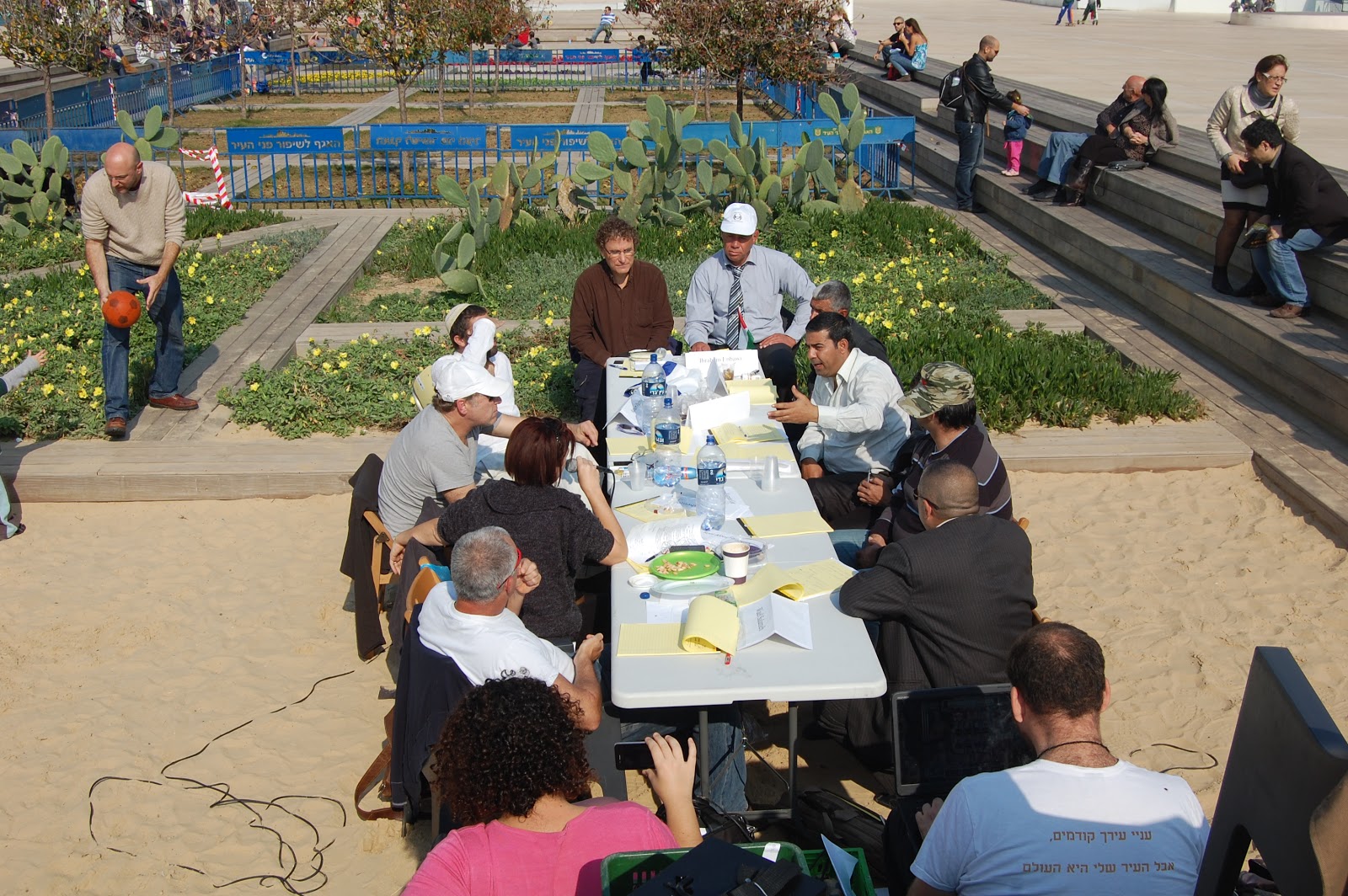 Sitting around a table, placed in the sandpit of the sunken garden, were a group of Israelis (on the left) and Palestinians (on the right). Armed with a microphone some bottled water and notepaper they seemed to be debating the finer points of final Israeli-Palestinian peace settlement. Around them, children ran between the flower beds, owners played ball with their dogs. A few interested spectators listened from the deck terraces.As usual, the Israels were casually dressed while the Palestinians were dressed formally. There were no signs of informational material. 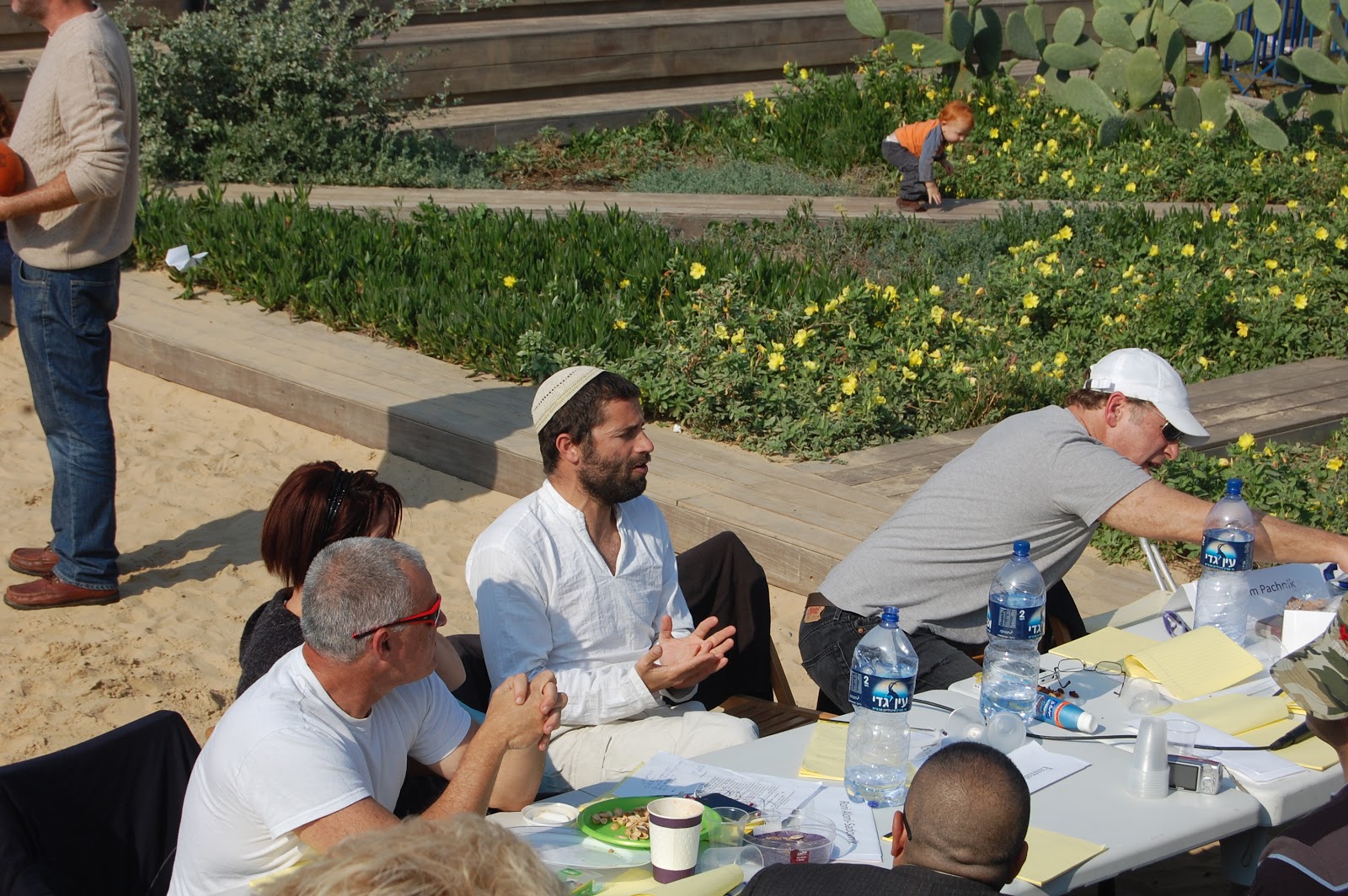 It was interesting that the Israeli side was not entirely composed of classic left wingers as is normally the case in peace encounters. One of them, in the centre of the picture, was wearing a big white kippa and a shanti-settler style shirt. He  also seemed to be representing settler concerns on the panel. From the context, I assumed that they had reached  the point where they were discussing the land rights of settlers who chose to remain in Palestine under Palestinian sovereignty.
"And what if I want to sell my house?" asked the bearded man in the kippa.
"Why not," answered one of the Palestinians. "You can buy and sell to whoever you please."
"And what if I get together 30 young families and we want to do a building project in Beit Lehem ?
"I don't see any reason...." mumbled the Palestinian.
"But first give us '67," interjected another Palestinian.
"What do you mean by 'first'?" added one of the Israelis, "Is this a two stage process?"
And so it went.

Two thoughts ran through my mind. The first was the heartwarming thought that here were a group of committed activists from both sides trying to thrash out mutual problems through debate: and in public no less. They were willing to listen, if not always to agree. The municipality had (presumably) sanctioned the event and as such, it was the sort of commendable democratic practice that could only happen in Tel Aviv (or maybe Haifa). The second was, 'These people are living in La La Land'. (Without going into all the details) the future looks bleak for a negotiated settlement and most Israelis and Palestinians, for different reasons, have lost  faith  in the idea. These might be people of good will but they were rehearsing for a play that was unlikely to be staged, 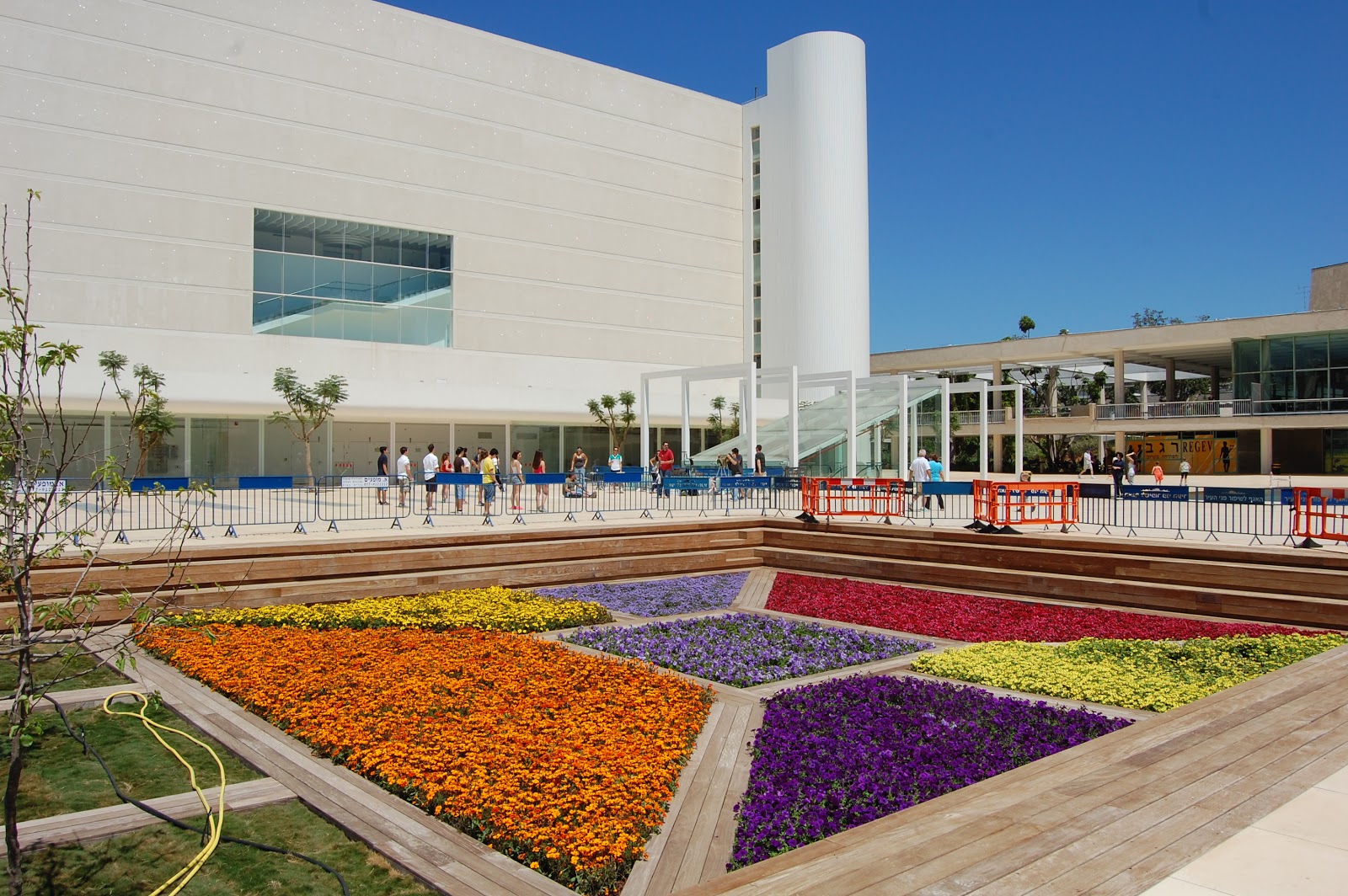 Kikar Habima taken from a different angle and in a different season. A picture postcard of a place.
at December 30, 2012