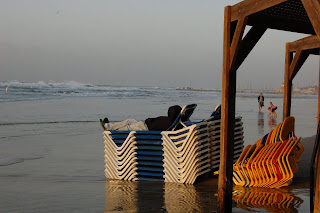 This time last week a storm was raging with 100 km per hour whippings through Tel Aviv and causing havoc on rooftops (including The Rooftop which lost a few plant pots). Had I been braver I would have gone down to the seafront where the wind and high waves were ripping flagstones from the pavements. There was some serious damage at Tel Aviv port and  I was told by an eye witness that an unhinged chasakeh ( a cross between a punt and an oversized surfboard, used by lifeguards), was seen floating on Rehov Hayarkon! 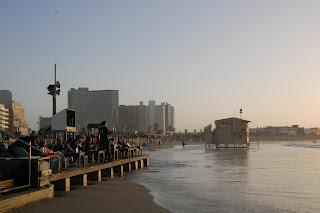 A week later (yesterday) the sea was still high and the sand level seemed to have risen considerably. This photo of the Banana Beach cafe where you normally sit on the beach and not on the raised deck. 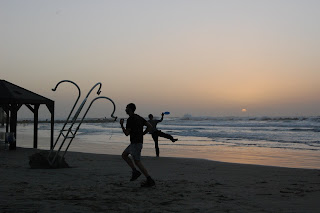 The showers on the left were uprooted by the waves. 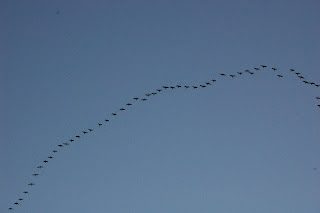 Above it all, migrating birds making their way south
at December 19, 2010 1 comment: 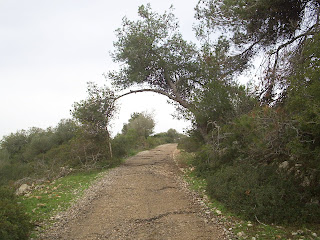 These photos were taken in 2004 near the Carmel spa resort in the Carmel nature reserve near Haifa. I'm posting them not because they are particularly good but because they record vanished landscape. The fauna you see in these photos has been turned to ashes. 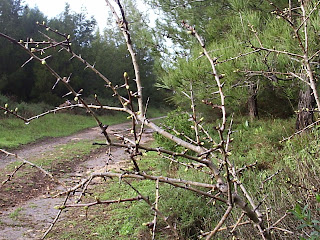 For the past three days, as we watch in horror on TV,  fire-fighters from Israel and countries that have come to its aid, have been battling the massive forest fire on the Carmel, one of Israel's dwindling green lungs.

So far, the fire has claimed 41 lives and consumed 40,000 dunams of  forest. Some 17,000 people have been evacuated from their homes and have mostly been adopted by friends, family or volunteers. Meanwhile it's the third evening
of the fire, it's getting dark and soon the planes dropping water on the flames, including a massive Ilyushin transport, sent from Russia, will have to stop work and the fire is still not under control. 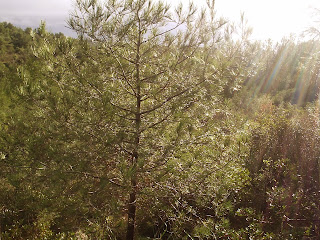 One of the reasons that the fire has talen on such monstrous proportions is the lack of a functioning fire -fighting service in Israel. For years reports were written on the sad state of the understaffed and under equipped fire service and hence, in the grand tradition of Israeli bureaucracy, nothing got done. Apparently, the boys from the treasury thought it would be more cost-effective to skimp on fire-fighting and let the country burn. It is truly incredible that a country that presumes to attack Iran - knowing full well that the result will be the launching of thousands of missiles on Israeli population centres - has never bothered to properly protect the lives and property of its citizens from fire.
So, when this fire, apparently started by negligent picnikers near the Druse village of Ussfiya, began to spread, there were no fire engines to extinguish it. Ancient fire engines rushed in from other parts of the country laboured slowly up the hills. When they arrived at the forest there was no ready supply of water to fill them. After 7 hours they ran out of the proper foam. To all the countries that have helped Israel with planes, manpower and equipment in its hour of need - thank you.
After the forest fires in Greece, the heads of politicians rolled. In Israel the heads of politicians tend to remain firmly fixed to their bodies and their backsides to their ministerial chairs. Netanyahu and interior minister Eli Yishai  are already preparing their defences for the public inquiry that is bound to come.
The next generation will be denied the pleasure of enjoying these beautiful, rolling and once green hills. But, if there is one positive outcome from this tragedy, it is that Israel will finally get a functioning fire brigade.
at December 04, 2010 1 comment: