Heading for a fall? 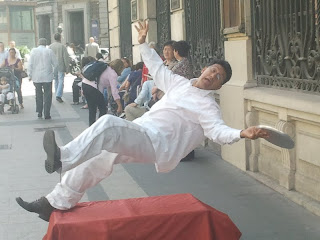 You don't see a lot of musicians on the streets of Madrid, but there are plenty of human statues who strike creative poses for hours on end in return for a few euros. Maybe a sign of the grim economic times? On the posh Calle de Alcala , lined with magnificent banks and fancy cafes, it's hard to notice many other signs of Spain's economic woes. 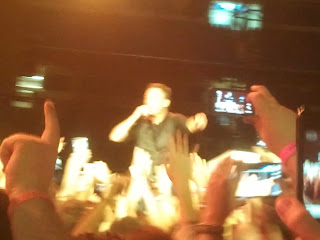 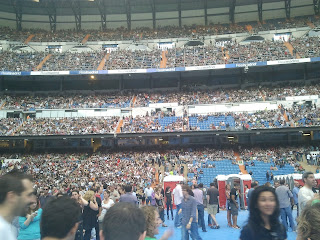 Lack of money was certainly not in evidence at the Santiago Benrabeu stadium where over 50,000 fans paid a minimum of 70 euros to hear the Boss and the E Street Band on their Wrecking Ball tour. Springsteen gave them their money's worth in a 3 hour show that lifted Madridian spirits to the rooftops. Yet a local friend told us that while the shops and restaurants look full, people are spending less and those who still have jobs have stopped complaining about them. The question was how much worse it would get before it gets better? 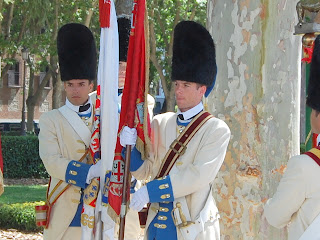 On an attempt to visit the Royal Palace we found ourselves in the middle of a military ceremony. Hundreds of soldiers were lined up in rows while ornately uniformed special guards were preparing for something tricky that involved flags. The soldiers were  pledging allegiance to the flag, if we understood correctly. 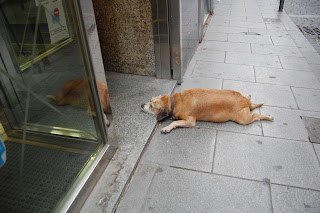 Downtown, life appears less splendid and some lose the energy to keep going. Still, a handy stone step can come in useful as a pillow .... 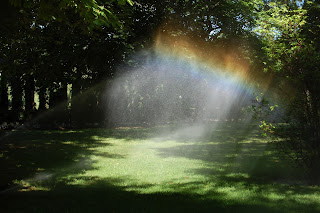 Another cool moment/religious vision as the sprinklers caught the morning sunlight in the Park del Buen Retiro. 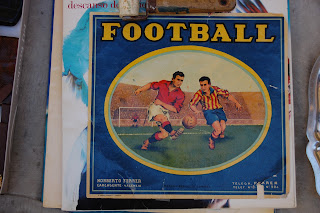 The Euro Cup was everywhere but I preferred the retro look of this old album found at the massive Sunday morning flea market in El Rastro. 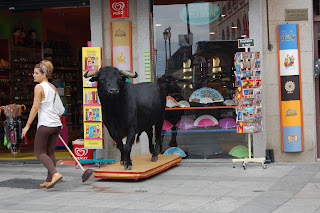 The return to the Rooftop started with the front page of Yedioth on the plane back home. Each snatch of news continues to erode that precious holiday feeling as the local reality sinks in : rocket fire in the south again, Daphne Leef and social change supporters arrested for trying to set up tents on Rothschild Boulevard again. More killed in Syria with no end in sight. No clear decision on the outcome of the Egyptian elections. And in an immediate, potentially life-changing  way: with the collapse of the Moscow talks, what to do about Iran?

The cafes and shops in Tel Aviv are also full but maybe that's because no-one's noticing the bull in the room...
at June 23, 2012 1 comment: