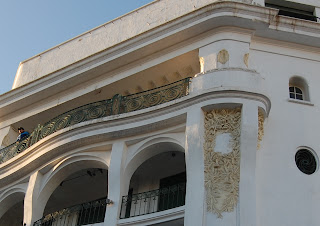 Luck brought me to Casablanca but with only enough time to take a fewphotos in the early morning or evening. The old downtown area, near the port is graced with lovely old buildings, standing cheek to jowl with some badly neglected neighbours. 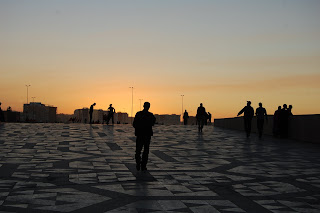 The sun setting on the paved area surrounding the King Hassan II mosque. 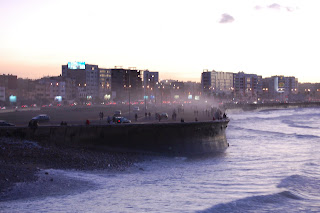 Spray coming off the Atlantic covers the Corniche (promenade). 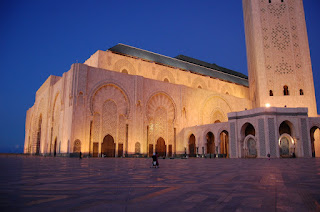 The mosque itself is the 7th biggest in the world and has the tallest minaret. It was built on the water because, according to the Koran, "the throne of Allah was built on water." 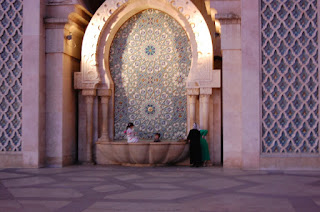 Children playing in one of the magnificent but waterless fountains. 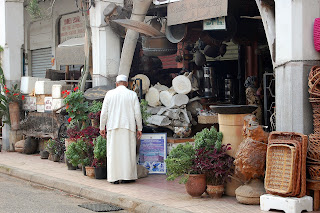 Setting up shop in the old vegetable market. The logs the man is facing seemed to have petrified into stone. 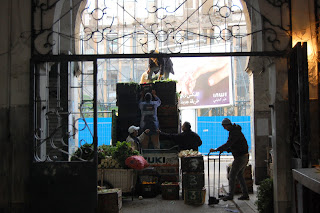 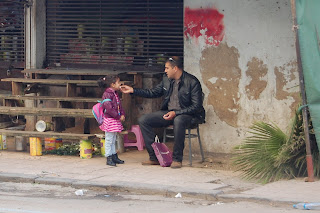 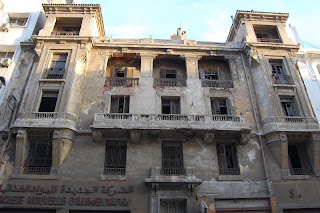 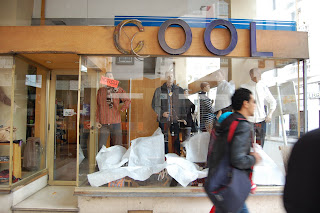 Not everyone's idea of cool... 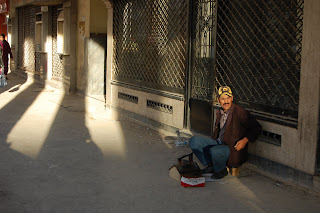 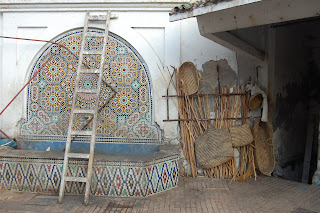 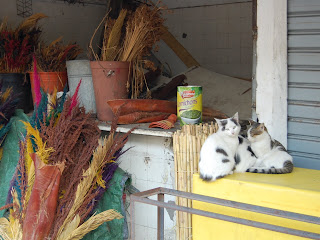 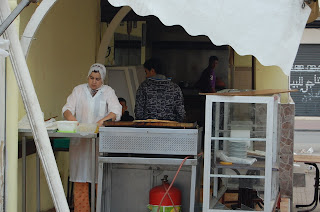 Pancakes are cheap and popular. 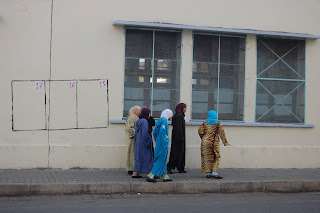 The spaces onte walls are reserved for political campaign posters, according to party, a practice bequeathed by the French. 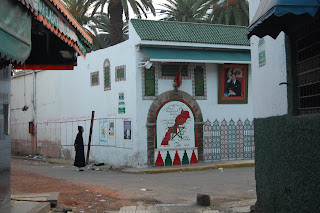 Here they are again. This time in the Medina (old city)