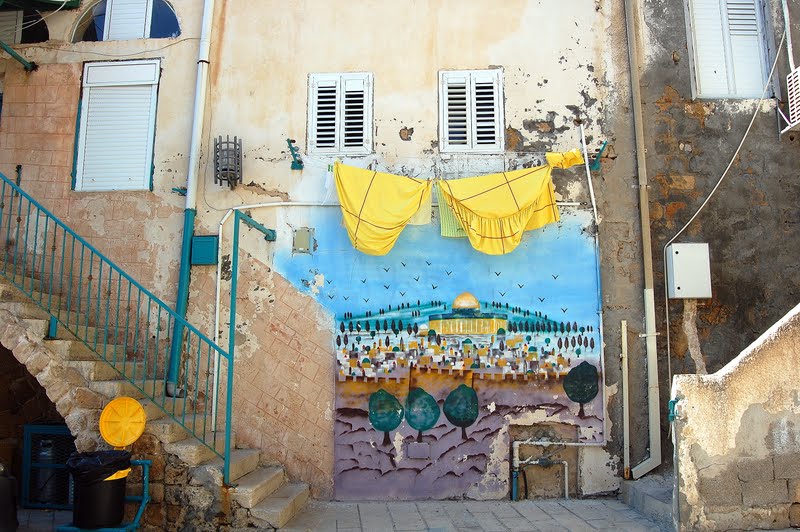 On New Year's Eve we took the train up to Acco (Acre) to wander around the old city and eat some fish., Despite being steeped in history and rich in architectural treasures, Acco has never taken off a major tourist resort. And there lies its sleepy, run down charm. 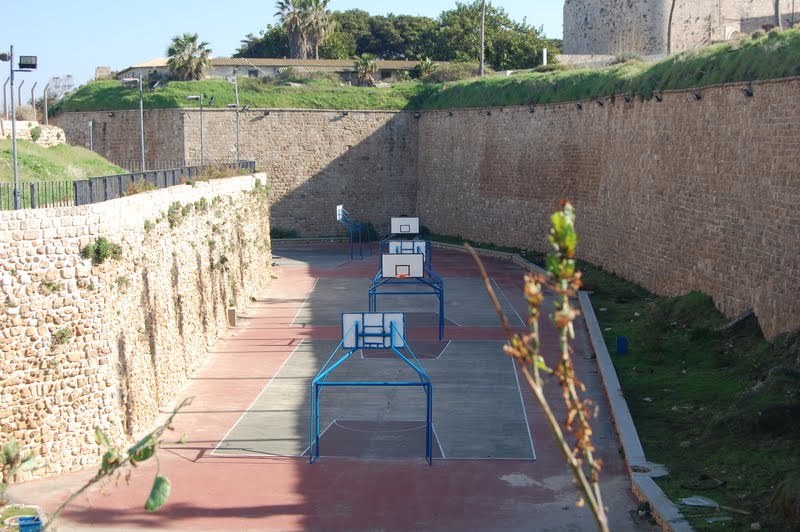 In the moat, part of the impressive Crusader fortifications, someone found a useful way to utilize wasted space. 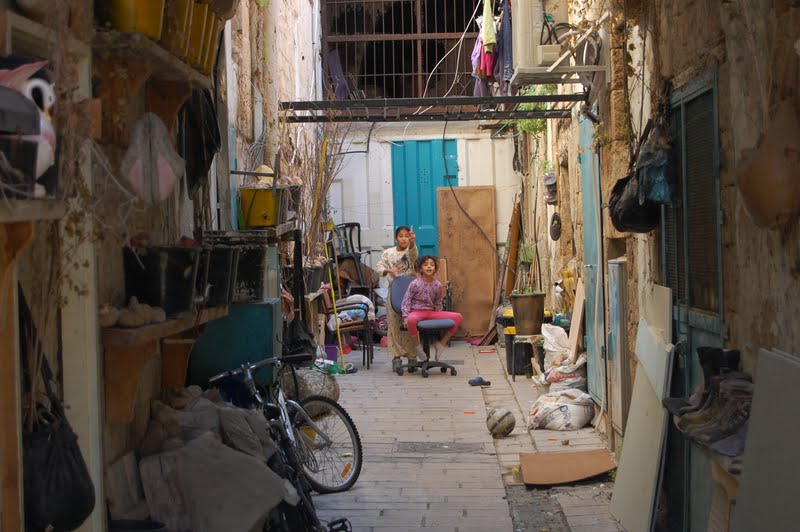 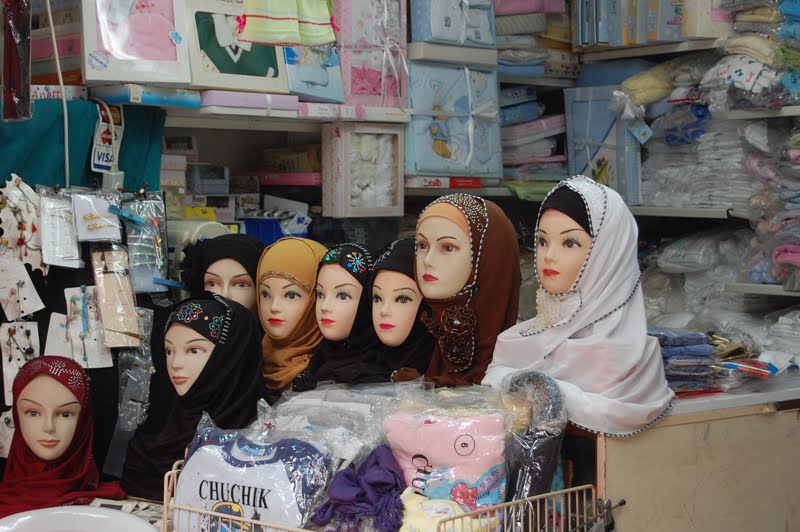 Acco, in today's Israel is best known for its humous humous joints and its annual alternative theatre festival but it's also a  treat to wander through its authentic shuk whose wares are aimed at local tastes. 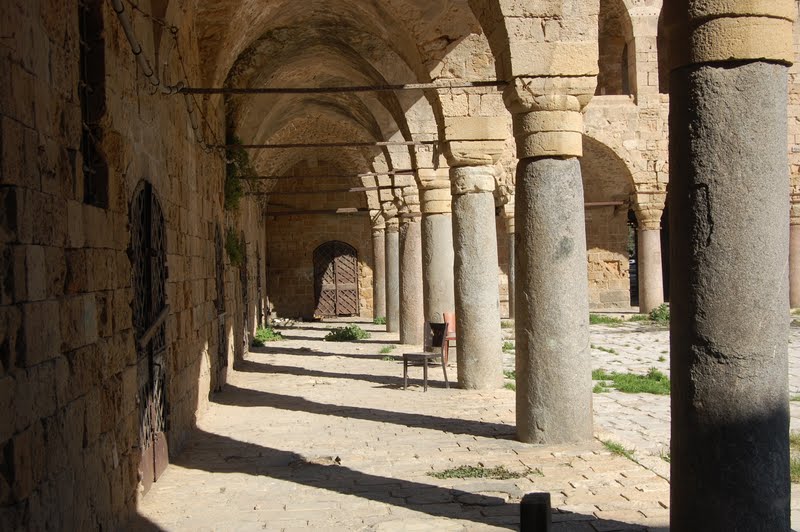 The  Khan  El Omdan  (Khan of the Columns) was once an important trading post but has become so run down that  entry is limited to the entrance where a man sits selling fresh pomegranate juice. The Khan is crying out for preservation (and a business plan). 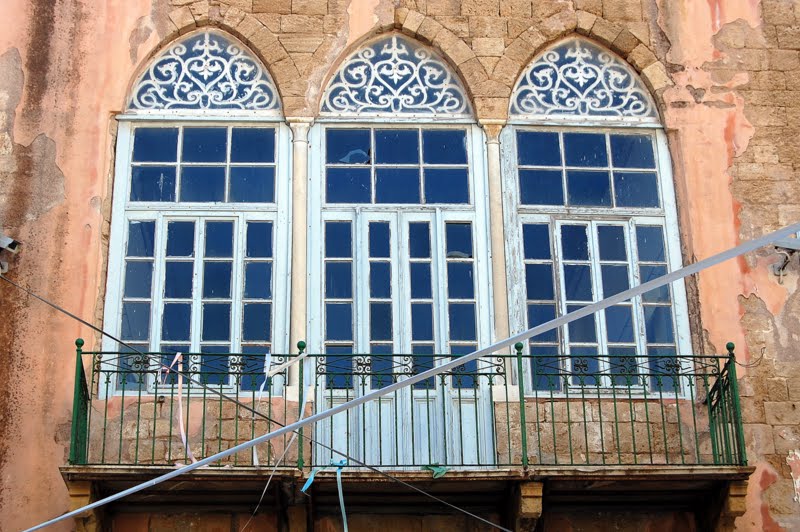 Here and there, traces of a vanished magnificence. 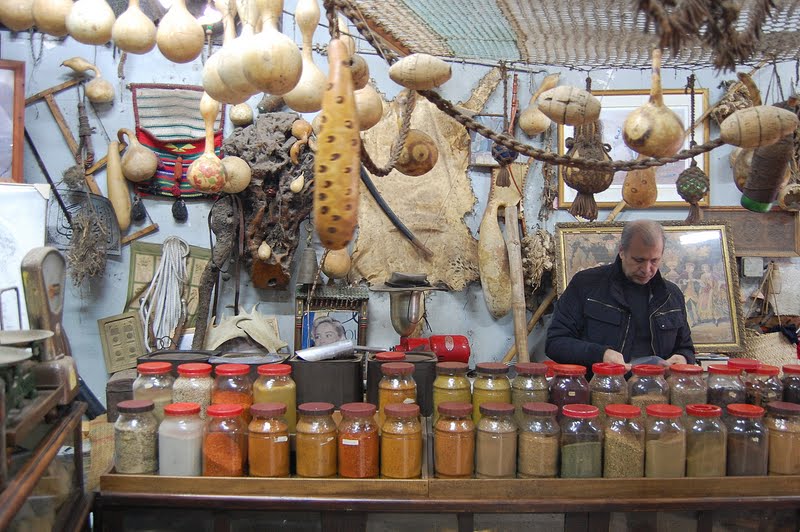 Hamudi's spice and coffee shop in the shuq. Business has been slow since the war in Gaza. A lot of cancellations, he told us over a Turkish coffee on the house.
at January 01, 2013